As I read this book in English, I wrote my opinion in English. Sorry, if I did (a lot of) mistakes.

Jennifer Walton is a nurse. And regularly, her brother Richard ask her money. This time, he lost his job and he want money for buy girlfriend's present.

Now, Richard has a trouble : he's looked for the police. And he has disappeared, but the police want to ask him lot of questions on his last Job and his travel in Frankfurt.

Where is he ? What did he do ? Why did he lose his job ? Why did he fly to Frankurt ? Who is his girlfriend ?

It's easy, a  disappearance. There are a lot of books with  disappearances. It's not unusual ! I want more details and information.

Evens follow each other good, but they aren't very interesting ! They are simples, and there aren't suspension ! What a shame !

I love characters, but I find Jennifer isn't usual : she didn't ask question when her brother come for borrow money. Wendy and Richard are courageous ! [and those two make quite a pair!].

I don't very surprise except the end. However, I read this book quickly. So we progress well ! It move a lot when Wendy tell Jennifer her story. It's a very important moment !

I love the end ! I'm very surprise. I don't think that. [Richard help the police and they arrest Mr Kelly]. It's fabulous !

This book is very simple to read : the vocabulary is easy. However, sentenses' formation is a little difficult. I think novices can to try read its.

I quite like this book, but story isn't very interesting. It's a easy story and book. I love pictures !! They are splendid !!

At the end of the day Jennifer  arrived at her flat and was going up the stairs when she heard voices above. Two men were standing outside her door. One of them came up to her. "Miss Walton ?" he asked. 3My name's Detective Barrett. I'd like to ask you a few questions, please. Can we come in ?"

She turned the key in the lock and push open the door, and all three of them went inside and sat down.

"It's about Mr Richard Walton. He's your brother, I think," Barrett began. He spoke softly but he had a hard voice, cold and unfriendly, and his light blue eyes never left Jennifer's face.

Ear-rings from Frankfurt was wroten by Reg WRIGHT. It was published by Oxford bookworms library in 2008. It has 51 pages. 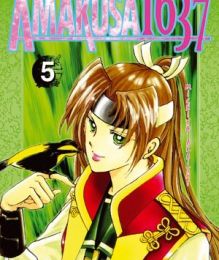