When she was 10, Fanny Price moved from her parents to her uncle's house. At Mansfield Park, her cousins and aunts showed her by all ways that she was inferior to them, except her cousin Edmund. At the beginning, she loved him like a brother, but with the time his love evolved.

However, one day, Mansfield Park's peace was threatened with the arrival of Mr and Miss Crowford. This two seductive londoners are well decided to disrupt Betrams' life.

What will it happened ? Will Fanny be happy and loving ?

I love Jane AUSTEN so I asked all her books in English for Christmas. And my mother decided to buy the most genuine cover ! For the challenge Bookineur en couleur, I searched all my blue books, and this one corresponded. I want to begin it, but I hadn't expected that it was written so small and that I took all this time to read it ! I mean, in one week, I only read 20 pages...

I already knew the story, because I have watched the BBC film. However, it's not my favorite and I had a lot of problems to read it... More than the character size, the vocabulary is a little complicate. I mean, I don't know if it's because it was tired to read, but I didn't retain anything of what I was reading... Despite of that, I like the story. But I was a little lost, because it was not exactly as the film.

For the characters, I'm a little desappointed. I mean, in the film, I really liked Fanny and Edmund, but here, with the point of vue wich change all the time, I cannot totally attached me to them. It's too bad ! Futhermore, it was difficult for me to understand who was speaking during the dialogues... They have none reminder, like 'said Fanny' or 'answered Edmund' and so on. Despite all of it, I like all the characters, except maybe aunt Norris or the two sisters Bertram... But I have to admit that I were quite in love of Henry !

To be honest, I wanted to finish absolutely finish the book this evening, so in two days, I had to read more than 150 pages and it's a lot, when we thought that in 2 weeks I only read 50 pages... All of that is to say that the 2 last chapters were horrible to read... I thought about all, except what was happening ! But, comparing to the rest of the book, the end was a little quick ! It's impressive all what happen in the last chapter !

Good, but the edition is complicate to read !!

Read for the challenge Bookineurs en couleur, session 3.1 [my participation]

☺ Pride and Prejudice [my opinion]

Mansfield Park was written by Jane AUSTEN. It comes to the United Kingdom. His Frensh title is Mansfield Park. It was published for the first time in 1814 and reprinted in 2015 by CreateSpace. It has 243 pages. 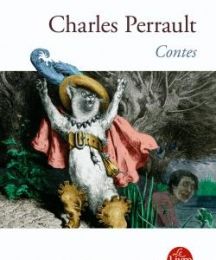