Harry Potter, book 4 : Harry Potter and the goblet of Fire by J.K ROWLLING Harry is ready for a fourth year in Hogwarts. This will be wonderful, because the school receive the spectucular triwizard tournament. During this competition, one student of each school, Beauxbatons, Durnstrang and Hogwards, will afront each other in three tasks. Cause of the hazzard, only student aged more seventeen years can participate to the selection. However, someone, put Harry's name in the goblet, and for the first time, there are not three but four champions...

Who wants harry to participate at the tournament ? Will he win ?

I love Harry Potter's saga, so I want to read the book. To be sincere, I don't remerber reading the third book, either in French or in English, but I read it ! Since few weeks, I have taken it out of my PAL, but I waited and waited again... It's a huge book, more than 600 pages, so I thought that it was impossible to read it rapidly... In fact, I was a little affraid by the book's size !

Finally, I decided to begin it, and at that moment, I was captivated by the story and it was impossible to stop my reading ! I turned the last page only after two days ! I passed my day to read it ! The suspens is everywhere ! Even I watched the film ten or twenty times, I wanted to know what happened... Especially, that the tasks were not totally the same...

In one hand, I loved it ! It was a real crush ! but in the other hand, I prefered the movie ! In the book, there are suspens, however, during the tasks, particularly, I thought it was too easy and too quickly... i was a little desapointed, and finally upset ! Harry suceed without really searching or fear... For the dragon, he called immediatly his broom, for the lake, he ate the plant... for the maze, it was like he arrived direct to the cup. No real suspens... It's too bad !

Fortunately, I loved characters ! Harry is really attaching, like Ron and Hermony... By the way, I learnt that we prenunce his name "Her-mi-o-ni" ! The scene is really good ! Ron acted a little like a kid, but he was just jealous... My favorite character is Sirius Black ! I have the impression, that Harry and him was a true family ! He takes care of him, it's cute... And I didn't feel that during movies...

The end is very good... But I wanted something more spectacular... It was a new time, too quick ! [Cedric and Harry arrived and Paf Cedric was killed...]. And Harry is a little too pacive... He did nothing, he endured... Even after, he just talked... I was suprised by Snape ! In book, he looks really sympathic and he wants to help Harry and Dumbledor ! I will read the following books and watch again the movies !

Read for the challenge New PAL 2015 [my participation]

'As I was saying,' he said, smiling at the sea of students before him, all of whom were still gazing transfixed at Mad-Eye Moody, 'we are to have the honour of hosting a very exciting event over the coming months, an event which has not been held for over a century. It is my very great pleasure to inform you that the Triwizard Tournament will be taking place in Hogwarts this year.'

☺ Harry Potter, book 3 : HP and the prisoner of Azkaban [my opinion]

Harry Potter and the goblet of fire is the fourth book of the saga Harry Potter, written by J.K ROWLING. It comes from United Kingdom and his frensh title is Harry Potter et la coupe de feu. It was published for the first time in 2000 by Bloomsbury. There are 636 pages. 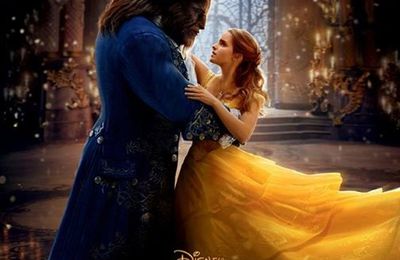